Kickoff and Workshop in Kaiserslautern on 24-25 February 2020 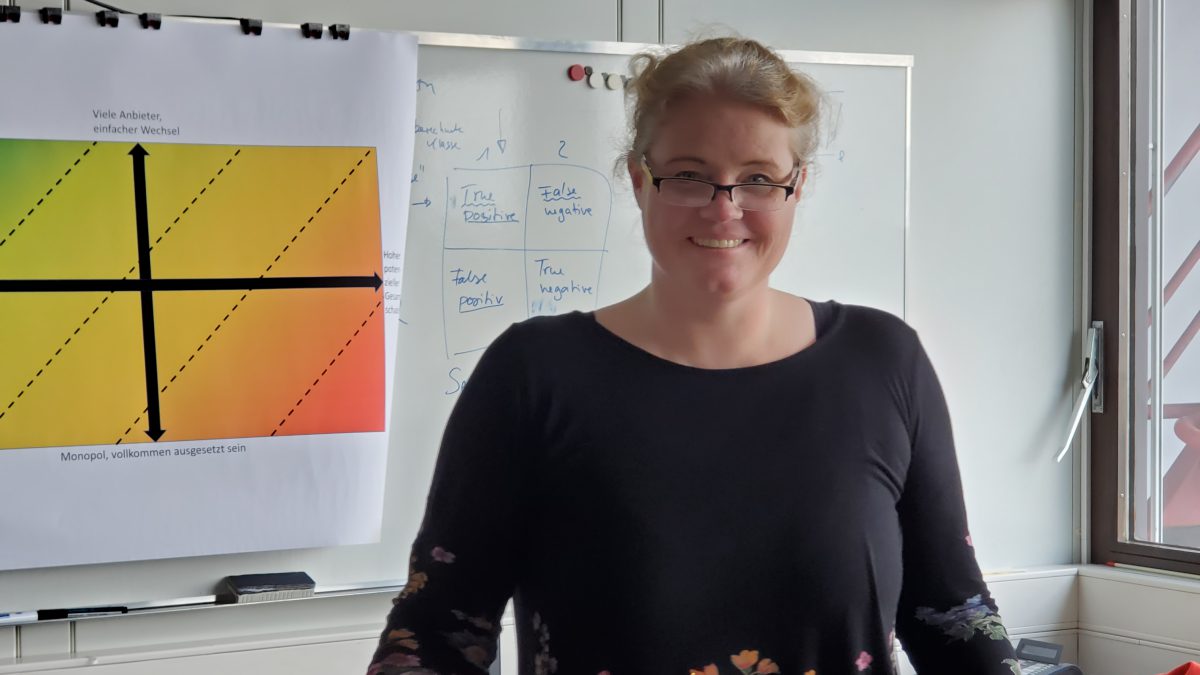 On February 24 and 25, the kick-off meeting of the project partners with DLR and a face-to-face workshop took place at the Algorithm Accountability Lab of the Technical University of Kaiserslautern.

On the first day, after a short introduction, the partner universities presented their main areas of work, highlighted the project’s research approach and provided information on the current status of their work. DLR provided information about the funding law. First, Prof. Dr. Katharina Zweig, head of the Algorithm Accountability Lab (AAL), explained her current research approaches. In particular, she addressed the discussion about a new „fairness standard“ and the development of a new risk matrix. Subsequently, Dr. Carsten Orwat reported on recently published papers of the EU Commission and their importance for the GOAL project. In particular it should be elaborated which suitable governance instruments and approaches are available for regulatory options. In doing so, he once again addressed the importance of the interdisciplinary orientation of the project. Prof. Dr. Judith Simon from the University of Hamburg joined the meeting via video conference and reported on the current status of her team. The literature research and systematization had been completed, so that the work on the content could now begin. Matthias Haag presented the interim results for the ITM. In particular, he described the current state of research, the current public relations work, as well as past and upcoming publications of the ITM. Mr. Nicholas Schmidt from the Ruhr-University Bochum presented the progress of the case study in form of the newsfeed app. In particular, he explained the planned design of the experiment and the different elements used for behaviour control.

Abschließend informierten Herr Mader und Herr Nordengrün von dem DLR über die aFinally, Mr. Mader and Mr. Nordengrün from the DLR informed about the general structures of the project. In particular, they discussed the financing and reporting system and provided helpful information to all project partners.

On the second day, a stimulating face-to-face workshop with innovative topics took place under the direction of Prof. Dr. Zweig. The information technology basics were presented in several topic areas and necessary statistical fundamentals were taught. Following a limitation of the scope of application of ADM systems, Prof. Dr. Zweig presented the structural differences of various information technology models for decision systems. In this context an introduction to the learning method of artificial neural networks was given. In this context, the different quality measures to which an ADM system can be optimized were also discussed.

In a further unit Prof. Dr. Zweig presented the criticality model and its basics developed by her. Here, a possibility was also shown to assign the responsibilities existing in the context of the use of ADM systems. She explained to what extent basic social decisions are necessary in the context of AI systems and at which points in their development and use they can be implemented. The significance of a socioinformational overall view became evident. At the same time, the criticality model was classified within the framework of an economic analysis. In addition, Prof. Dr. Zweig used a decision tree to illustrate the categorisation of the first two stages of the criticality model. In particular, she explained the necessity of transparency and traceability mechanisms. Based on this, further working material for a more in-depth discussion was developed.

The GOAL participants would like to thank Prof. Dr. Zweig and her team (Mr. Marc Hauer and Mr. Tobias Krafft) for their hospitality and the very competent and informative workshop, as well as Mr. Marder and Mr. Nordengrün from the DLR for their numerous remarks.